Plenty of salt for Guest

I am IURSHOWERBUDDYI but you guys know me as THTGUYUC4NTS33. If you've ever played me in streetfighter you'd know my favorite charecter is Dudley. Personally I'm relatively new to Street Fighter I Just Picked it up 2 or 3 weeks . I've been Mostly a Ultimate Marvel VS. Capcom 3 player. But I figured it's time i spread my variety in the FGC. My Favorite Pro is Col. CC Filipino Champ. I think thats it ..

If you wanna add me on Xbox my name is THTGUYUC4NTS33

I`m retpetty. use to play streetfighter 2 in the arcades as a kid, then kinda moved more into racing games and the like. got super streetfighter 4 few months ago and for some reason couldnt get into it. recently revisited it and am just loving it. been playing alot in the online ranked matches but normally takes 4 mins to get a fight then id get my ass whooped.

focusing on mastering Ibuki as i know some of you already know, shes pretty much the only character i play as right now though im hoping to learn gouken and prolly cody soon.

i tend to play forza 4 or streetfighter, so just send me an invite if im online and up for a fight or 2.

gamertag is retpetty, im the english man that lives in reno nevada. have a 5yr old daughter whos my pride and joy and who wanted me to be ibuki in the first place

Hey fellow gamers my name is ScorpionKing31 and I am a hardcore StreetFighter vet who's been playing faithfully since 1987. I've won 6 local tournaments for SF (different versions), 1 for Tekken Tag Tournament and 1 for Grand tourismo. I'm also a fight night R3 top ten fighter but its not online anymore which sucks so I just stick to StreetFighter for 1vs1 games because I'm tired of getting slaughtered in COD all the time lol. I'm a father of 3 girls 2 of which are very good at gears of war (all versions) and 1 who is good at street fighter and we are all anime fanatics..... On a funny note: when you lose to me you are losing to someone's grandpa lol.

heheh good to have you with us scorpionking. i use to play fight night champion but stopped when you could buy stats cus it just killed the game. youd get people with maxed stats and no fights, and they`d use the height at max just to get a reach advantage - no honor!

Im really active on SSF4 and i would like some teachers

my main character is Adon even tho he doesn't have very combo-able moves but i still like him. I live in Ohio, US and Another hobby of mine is "feeding" on COD. thats pretty much it. bai

Adon is a frustrating character as he zips around like crazy. We have a section for characters that will fill up with info the next few weeks so hang in their and im sure we can all help one another be better fighters

Hey guys. Samzy sent me. You'll see me a MYXEDNUTTZ on xbl and SUNSUNMcNASTY on psn. I main gouken and occasionally use ken, ryu, gouki, dudley, oni, e.ryu, dan, and sakura. I'm always up for practice and ft5 or 10s

welcome to the Dojo

send me a friend request.

Sup Guys! oNoLifeo here! Samzy sent me here from XBL! Ryu is my best character but im working on making gouken my main! I don't have AE anymore. (long story) but i love to play whenever!

I also make youtube videos from time to time!

Annnnnd, that's about it.

you can find me on XBL, my gamertag is oNoLifeo

never realised gouken was so popular!

good to have you here, hopefully see you at our first The Dojo tournament on friday 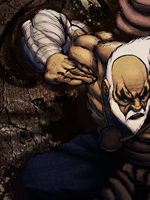 Hi, I am Rey finkle on xbl and I am looking to get together with some group in Iowa. If you can help me out it would be appreciated. I play street fighter 4 mostly.

im puttin in work tellin everyone about this site

This is my 1st time trying out any kinda forum, But the reason Im here cause I got a message through XBL from SAMZY about Street Fighter Forum. Im on XBL and PSN as UndeadJubei. I was playing last night 07-28-2013 when I had a Ranked match with SQMZ, when I had a message about checking this website out called The Dojo. I was pretty drunk when I noticed the message, but not im here doing this intro. My history with fighting games started when I was like 10 yrs old when i hit up my local Arcade (infront of LACC) and got into Street Fighter 2. Love all the other SF games like Alpha, EX,CVS1, CVS2,3rd strike,SNKvsCAP, and MvC cause they launched in the 90's. Im a huge game fanatic  I play all kinds of games, Im mainly on the XBL. Been playing SF4AE since vanilla, but i started playing SF more for achievements then i switched to the online and started with a pad, then got myself a Q4RAF Arcade stick(highly recc) since its universal PS/XBox. I've reach a "C" level with Every Character in SF4AE, as of late I've been playing with DAN. Ive had some awesome games with dan (check them out on the replay). I play ranked games a lot, with work and a new born cant really head out to the arcades, but I do love to support the #FGC. I really dont have tournament EXP, other then trying out at the SF 25th Anniversary Tournament, which I do admit to getting bodied. I recently attended EVO2013 and Highly Rec everyone to attend cause its like nothing compared to the streams. aside from that I play SF for fun, hit me up if you wanna sparr maybe ill learn a thing or two. Cant wait for ULTRA to leave on a good note remember to Keep It Classy.

Hit me up for some practice. I'm on xbl under "myxednuttz" and I'm usually on around 4 or 5 eastern time. I usually use gouken 99% of the time so don't expect me to chsnge characters much lol

hey undeadjubei, i think we actually had some fights on saturday

Hi all, The names Brandon my gamertag is SLiCK STYLiN. Dont know if you have any UK members im from Scotland. Just recently got into SSFIV I mainly played FPS but they are getting stale. Im using Ryu/Dudley at the moment but i would like to learn Dahlsim and Oni. been using an arcade stick for a couple of weeks which seems to have helped a ton. I dont have a mic as my head set recently died, will get another one soon. Feel free to add me If you dont mind beginners.

Welcome to the team

good to have u with us. Time difference might be an issue but we'll figure it out hehe 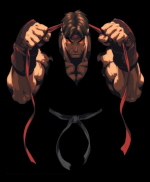 My name is McGwire, XBLGT is Mcgwir3D, well I've been playing Street fighter since I was 8yo, love Street Fighter, Darkstalkers and the versus series. I haven't played Street Fighter IV online cause I grew up playing in the arcades and that is a different feeling for a competitively game like Street fighter, but for the past month or so I've been trying some Ranked matches with Ryu to feel the game up and not get crush too much. I love Playing fighting games and is like going to the gym I need to get in better shape with my fighting skills. when I play Street Fighter of course I want to win, but when I lose I learn mistakes I make and i learn to play better and with more patience. Anyone that wants to play or help me improve my game please send me a Friend Request.

Sf4 definately requires dedication and training. If ur timings off just alittle you in trouble. Welcome to the dojo

Hello, Im Eubanks(ThisisEubanks) and im a die hard fan of street fighter, but my first serious run at street fighter is ae2012
been playing since launch buti have a hard time against good players but im very dedicated to learning, my main is viper but i have a hard time deling with heavy pressure.....and against dalsim(cant spell that right now lol) and im always reading the srk forums and warching viper toutorials and matches but i learn best by just sitting down with someone and playing and telling me "well u shouda done this here and next time try this" and im hoping one of the veterans here would me open to that, my main fighter besides sf in virtua fighter 5 final showdown and i would consider myself good to slightly advanced in that game and if anyone was interested i could tell u the ins and outs of that

Eubanks, are you on xbl? I think ive seen your gt in ranked match list results. Hit me up for some gouken matchup experience. MYXEDNUTTZ on xbl and sunsunmcnasty on psn

Nice to see some banter and recognition between new members. Remember the more people we can gather the better the community will be and the greater the discussions between all levels of the club

Good to have u with us eubanks, look forward to some friendly battles